Just wanted to let anyone visiting here know that not only can you read the entries but you can click and win a Flip!  Just go here (it's a safe site, guaranteed), check out the fly-fishing video, post a comment on THAT blog and you're entered to win a free Flip!  Even mailed to you FREE.  If you post that blog's link on your own blog, Facebook account or Twitter account your name gets entered again.  TWO chances to win.

Another plug, especially if you like watching videos of the great outdoors while listening to music, check out Yukon Goes Fishing.  A fine site put out by someone who inspired me to start blogging (yeah, yeah, I know I've been criminally negligent lately...) in the first place.  He has kept up the good fight and continues to post always entertaining entries to get you through the doldrums of the day. 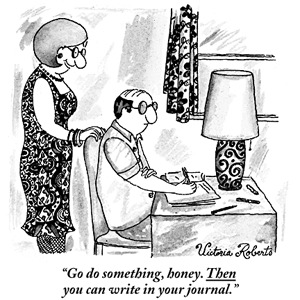 This blogging stuff really isn't so much about accomplishments (though epoch-defining deeds would certainly make the Internet ink flow faster) than it is about the interpretation of such accomplishments.  This blog is still (yes..yes..hard to believe) more about the writing thing than the visual thing so the 26 little instruments to be used in transferring a thought symbolically is all I've got to work with.

It's not "11"'s I'm seeking.  I'd be perfectly happy writing of 4's and 5's, but if my rendition of the mundane bores me as I re-read an entry, I'd be ashamed to post such dreck here.   Passages here should make it worth your while to visit here.  I'm not going to waste my time and it would be insulting to waste yours.  Back now to the "going to do".  Thanks for your patience!

Dead Yet.    Battery re-charging has taken much longer than anticipated and reading some books this past Summer has been a delightful pleasure.

Appreciation goes out to Whisky Prajer for checking up on me to see if I was still fogging the mirror.

From the Guardian article, an excerpt follows.


"The role of helmet protection has been stressed by the authors, especially in view of the fact that strap-fixation should have been taken more seriously by the Roman besiegers and others."


Who woulda thunk that one of my favorite cartoon strips (and the most effective way for me to learn French), Asterix, could have been the basis of a study of brain injury?   What's next?  The New England Journal of Medicine will be publishing findings on the Three Stooges?  How does one get to be on these "fact"-finding missions?  Does a childhood glued to the tv watching Moe, Larry, & Curly suffice as experience?   Does still owning 5 of Asterix books (and parking them on a bookshelf next to Peter DeVries and Joseph Heller, humorists of a different age target) qualify me to sit in and opine?


And, now that the Stanley Cup has been awarded to the Boston Bruins who will be taking the Cup hither (Slovakia), yon (Germany), and elsewhere (Montreal, Vancouver...), will the NHL return to their investigation of concussive damage and perhaps relate them to the findings of the European Journal of Neurosurgery, Acta Neurochirurgica?


Well, I know what I'll be doing.  Time to pull out those wonderful books and think back on the days when the only concern regarding head injuries were whether a solid whack by Asterix or Obelix would induce a "BAAFFFFFFF" or a "WHHHOOOP".


For my Canadian readers, I'm sure you remember that one character that now has been haunting the country for decades, Valueaddedtax.  May he remain North of the Border!

...will be the buzzword for the next few years as shell companies disguising reverse mergers come undone.  Interesting article in today's NYT re. Muddy Waters Research.  The company's already been targeted in the past for its reports and it may be hard to tell who's wearing the white hat in this legal (at this point) money collecting schemology.  Well, at least we'll have an interesting phrase to kick around for a while.

In the NYT article, Carson Block, the 35 year old founder of Muddy Waters Research explains how the company got its name and the concept of "value subtraction layer".

"He explains by way of the firm’s name, Muddy Waters. It’s derived from a Chinese phrase that says the easiest way to catch fish is by muddying the water, forcing it to the surface.
"You kick up the silt, and they rush to the top of the water,” he said of the Chinese proverb.
“This explains a lot about how things work in China,” Mr. Block added. “Business deals are rife with value subtraction layers. The more opaque they make it, the easier it is for them to siphon off money.”


Another term for this methodology of disappearing money may be "financial quicksand".

Yukon Goes (and goes for some more) Fishing 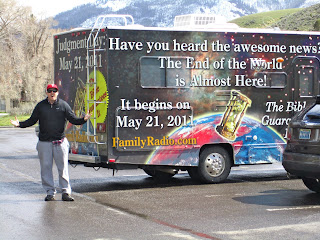 Well, just a pointer to a blogger that happens to be related.  Da Son is out west running into various folks visiting his neck of the woods, including a fellow who was RV-ing and had inquired of him as to the availability of parking spots in Yellowstone.  The inquiry was made shortly after the May 21st End of The World proclamation but before the next announced EOW...guy was simply trying to get some last view before he rides off into Infinity.  Da Son seems to be dressed in a End of the World wardrobe, i.e., he sure doesn't seem to be expecting a visit from the Pope or the Queen.  Way Out West wear is built for comfort not for show.

In other musings on his blog, he opines with scientific airs (and beyond my level of comprehension) on matters of the fluvial sort.  He does me proud...especially when he offers graphs to illustrate his passion.  I'm hoping Edward Tufte can come up with one of his magnificent relational graphs combining results of the respective successes of Fly-Fishing and Masters thesis writing, where-in there is a confluence of positive results....
.....Before the End of the World RV parks itself in his backyard....  Keep up the great blogging, Sir!

June 21st is almost upon us. I can tell as the Finals (finally) of the Stanley Cup are taking place. Not sure how much I'll be watching what with no Devils, nor Phlyers, nor Canadiens, nor reffing in the Finals. Sorry! I AM WRONG. There IS reffing in the Finals, unfortunately not fair refereeing as evidence in Wednnight's last second victory by the home team in Vancouver on a blatant non-call for offsides by the same home team. The only saving grace with that goal was that neither of the Dropsy Twins, was involved with the questionable goal. The last thing I'll say about the Bruins-That Other Team is, "Wait 'til you get to Boston." The fans there would make Philly proud.


Onto a more summer reflective sport, baseball. Great to read this weekend that PNC Park, the gorgeous Pirates baseball stadium situated on the Allegheny River, was picked as the best baseball venue, just easing past Fenway. If you've never had the chance to go there, GO. Great sight lines, absolutely gorgeous views of downtown Pittsburgh (you should go to a day game AND a night game to get the full experience), friendly and helpful staff, great food, and....uhmmm an almost major league team playing there. One of my favorite things about the way Pittsburgh deals with the Pirates games is that they shut down the Roberto Clemente bridge a few hours before game time (as well as the street feeding off of the bridge right in front of the Park) so you can walk around, beer and hot dog in hand and sink into the city experience. As regards the food...some minor issues exist, especially when you compare PNC Park with the Blue Jays' Rogers Centre.

The minute problems @ PNC Park pale in comparison to Citi Field, home of the Mets where the fans (and the rats) have deserted the ship....good to know, though, that the mice have decided to stay behind. Not sure if they're included in the "paid attendance" figures announced at the end of each game....

Please read some of the comments attached to the Guardian article. Quite a few appear (well, they DON'T appear) with the following message, "This comment was removed by a moderator because it didn't abide by our community standards. Replies may also be deleted. For more detail see our FAQs"

After all of these years, there is still a high level of emotion concerning Mladic.

Frankly, I never thought this day would come. I'd assumed that he would have survived to a ripe old age and simply died, unlike a lot of his victims, of natural causes. Per a Croatian newspaper, he was unarmed at the time of capture, did not have a beard, and seemed as if he'd aged quite a bit. Unlike Kardzic, he had not taken up alternative medicine prosletizing or excessive hair growth.

Now, let's see how long before he's off to The Hague. Extradition can be an adventure on its own timeline.

...it seems, bring a Kindle, Nook, or any other e-reader. Add that to the ever-lenghtening list of things you can't bring and it seems that the only thing you'll be allowed to bring is boatloads of money. Wonder if the Pinstripers have enough chutzpah to sell Kindle covers in Yankee logos?

The alleged reason, as put forth by the Yankee organization, is that some fan was beaned by a foul ball when he was reading his Kindle. So...reading a book, a souvenir media guide, or, God forbid, a newspaper will soon be banned as well. Keep in mind that this is the same organization that sold season tix to their fans without telling them that there may be a restaurant obstructing their view.

So......another reason to hate the Bronx Bombers is provided to you by their management team.

Let's Call the Whole Thing Off

So, needing a clarification on what's the difference between a lawyer and a judge?

Per today's piece in Writer's Almanac, a lawyer is an alleged learned professional who can argue that a tomato is a vegetable. A lawyer can also present the case that the tomato is a fruit.

But that's only an argument; I can present the case that I'm Brad Pitt.

So, it's up to a judge to pronounce the final answer to such foolishness, right? So, what is a judge?

A judge is the epitome of accumulated human knowledge who can decide that (regardless of the science of botany) that the tomato is a vegetable.

Aging on into vinegar.

Not of A Singular Note: Selected Music Sites

Off to a Better Place...

Old & Tired - Blogs Too Wrapped in Their Past

You'll have to blog LOUDER 'cause I'm listening to...

Albatrosses of the bibliophilic variety

Iceland-Googling may have led you to this site

Rants of a Previous Mind Set